My client Des is the owner and director of a company that has an engineering business of modest size. In recent years, it has become quite successful through Des’s own expertise and the efforts of a very dedicated team of employees. There is another company operating a printing business down the road on the same trading estate. Des knows its owner and they have had a few tentative discussions about Des acquiring the printing company as the business has been loss-making in recent times and his acquaintance would like to retire for health reasons. Des is confident that he could turn around the performance of the company and the other party’s accountant has pointed out that the printing company has a lot of trading losses that have accumulated in recent years that might be used to shield future profits. Des has asked for advice on the usefulness of the losses.

Losses that arose before 1st April 2017 and have been carried forward relieve only profits of the trade in which they arose. However, there has quite an increase of flexibility for relieving more recent trading losses carried forward. This company probably has significant trading losses that have arisen from that date so that opens the possibility of using them to relieve the profits of other activities undertaken by the printing company or allowing the engineering company to claim group relief for its own profits.

The situation the other owner’s accountant probably has in mind is for the engineering company (not Des personally) to acquire the printing company to form a group. The recent legislation for group relieving carried forward losses (Part 5A of Corporation Tax Act 2010) is quite generous: in many situations, a trading loss of one company may be carried forward many years and surrendered to another company to relieve its profit of whatever kind.

In the circumstances being considered here, there is reason to be cautious in assessing the value of the printing company’s trading losses. Large hurdles must be overcome, including:

1. Anti-avoidance at S.673 CTA 2010 has tightened the criteria for carrying forward the losses beyond the point where the ownership of the company changed. If there is a ‘major change in the nature or conduct’ of the trade at any time in the 5 years following the change of ownership, this legislation stops the losses being carried forward to profits (either of Des’s company or the printing company itself) arising after the change of ownership. We are having to consider if there has been a major change in the type of product the company supplies, its customer base or how it gets its product to its customers. Statement of Practice SP10/91 is still the go-to document for HMRC’s view of what constitutes such a change [see also HMRC’s guidance at CTM06370. If this legislation bites then the printing company will not be able to carry forward the losses and so there is no possibility of the engineering company making use of them after 5 years.

If the above hurdle is successfully overcome, then further anti-avoidance rules relating to the post April 2017 losses need to be considered:

2. Anti-avoidance at S.676CB CTA 2010 that will stop any loss accruing in the printing company before it was grouped with Des’ company from being used for group relieve his company’s profits for at least 5 years (see S.676CE CTA 2010). So, Des needs to keep in mind that any losses in the printing company will not reduce the CT bills for a considerable time.

3. The losses will only be carried forward to be available in 5 years’ time if the printing trade is still being carried on.

Our team of experts have a wealth of experience and can also provide a written consultancy service at competitive rates. 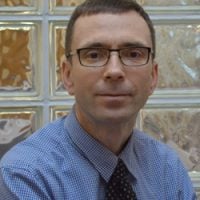 Julian began his tax career in a small firm dealing with the tax affairs of individuals and small business concerns. He has also worked for 5 years in corporate compliance at PwC. Julian is a member of the Association of Taxation Technicians